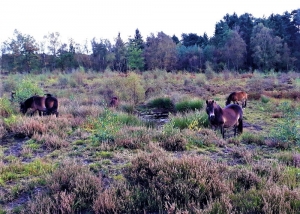 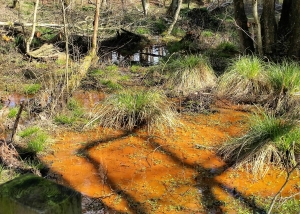 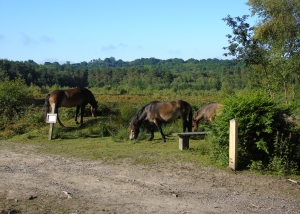 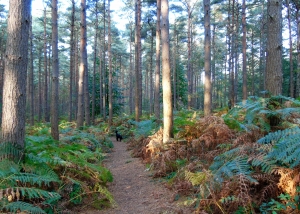 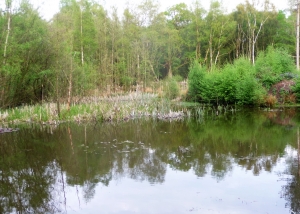 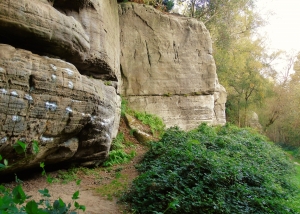 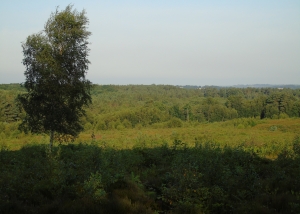 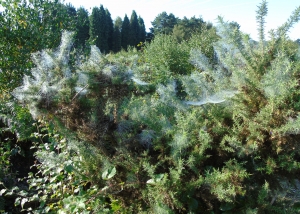 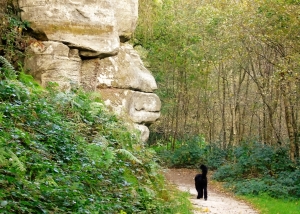 Broadwater Warren Nature Reserve and Eridge Rocks cover over 600 acres (240 hectares) of heathland and woodland just across Broadwater Forest Lane from Flying Horse Cottage. Some 450 acres is a RSPB nature reserve and guests can walk over several miles of good tracks. Neighbouring Eridge Rocks, owned by Sussex Wildlife Trust lies further to the south and these ten metre sandstone outcrops are both impressive geological formations and a challenge to climbers who scale the vertical faces.

Broadwater Warren is a remnant of the great Waterdown Forest that originally covered this part of the High Weald and was owned by Eridge Park estate until the 1950’s when it was sold off and planted with conifer plantations. The RSPB came to the rescue in 2007 and has worked to restore the Warren as a haven for wildlife. Set amidst the rolling hills of the High Weald, Broadwater Warren has a varied habitat including the recently recreated Heathland, some mature conifer plantation, magnificent ancient woodland with majestic oaks and scots pines, and the decoy pond with its bullrushes, lilies, butterflies and dragonflies. A highlight of the Warren is the heathland close to Flying Horse Cottage with its heather, shallow ponds, groups of Scots pines and stunning views towards Ashdown Forest some 12 miles to the west.

In the summer months it is the home for wild Exmoor ponies who graze the heath. On summer evenings, between May and July, after sunset the churring of nightjars starts and continues into the night, it is truly a wonderful call and you will not forget this experience. You may also see buzzards, crossbill, Dartford warblers, goldcrest, various lark, linnet, marsh tits, tree pipits, snipe, woodcock, woodpeckers and many other birds. If you are lucky you may see common lizards, various snakes and butterflies including the comma, white and red admirals, and even a purple emperor has been spotted. Along the broadwater stream the RSPB has built boardwalks across the rare mire with its rusty water, coloured by the local iron ore, and rare grasses.

For visitors interested in military history, the heathland across Broadwater Warren was used for 150 years as a training ground for the military. In Napoleonic times it was a rifle range. The mound where the targets were positioned is still clearly visible and if you look carefully you can also see the smaller mounds or butts placed at 100 yard intervals from where soldiers would fire their shots. There have been archaeological excavations of trenches which were used for training in WW1. You can visit the remains of the turret of a Churchill tank from WW11 when Canadian regiments were stationed at Broadwater Warren and practised tank manoeuvres.